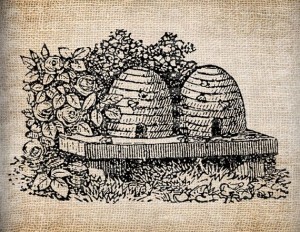 Mead is wine that is made from honey.  It is possibly the world’s first fermented beverage, and it’s most basic form is honey, water and yeast. 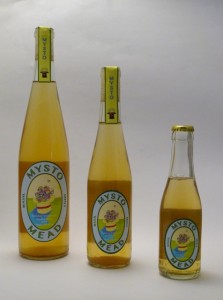 Mead is incredibly versatile.  It can be sweet, semi-sweet or dry and is often flavored by the addition of herbs, spices and fruits. These additional flavors make for an astonishing variety of meads that can serve as  cocktail, aperitif, dinner wine, dessert wine or digestif. Raw honey, herbs, fruits and spices have many healing properties so it’s not surprising to hear of the legends regarding the health benefits of drinking mead.

The alcohol content of mead is usually similar to wine (11-14% ABV), but it also common at 6-7% and carbonated!  It can be consumed early or it can be aged in the bottle for many years.

Many myths and legends surround mead the world over, most often associated with romance, wisdom, creativity and vitality.  A craft mead movement has sprung up in America due to increased interest in this ancient drink, and mead is now the fastest growing part of the beverage industry in America.  What’s old is new again. 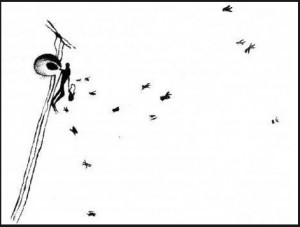 “Man of Bicorp”. Discovered in Valencia, Spain in the early 1900’s, this 8000 year old cave painting depicts a man gathering honey from a beehive.

One theory is that rainwater penetrated ancient bee hives, after which wild yeast fermented the resulting honey/water mixture and the alcoholic beverage was born. Or perhaps a honey gatherer was careless and water entered his honey container.   Archeological evidence supports the discovery of mead to around 7,000 BC in China! Mead was made wherever there lived the honeybee, from southern Africa to the steppes of Russia, from Ireland to China and Japan.  When grapes and grain became easier to grow mead slowly gave way to wine and beer. Mead is still the national drink of Ethiopia where it is called Tej.